Back in 2011 EBI watched with interest as EllisDon, a long-time ESOP company, took the recession in stride as one of Canada’s Top 100 Employers for 2012. In The Globe and Mail article, the firm’s vice-president of leadership and entrepreneurial development shared that in the previous year, 84 percent of employees who were offered shares accepted, an increase from the usual rate of around 70% — because they believed in the ESOP and the company. Our president, Perry Phillips, told the Globe and Mail “the employees who are engaged as owners will now do whatever it takes to get that company through tough times. I’ve seen this constantly. A lot of companies survive downturns and come back up very quickly because they’re still around, thanks to their employees.”

We can expect the same resilience from ESOP companies today as we all get back to work. Finally.

Now, 9 years later in the midst of a global crisis, Canada’s EllisDon announced recently that a final agreement was executed under which 100 per cent of the company’s equity will be transferred to the company’s employees.

Electrical Business Magazine reported that the majority shareholder, Smith family shareholders, have signed off on an agreement to allow the company to be 100 percent employee-owned over a specified period of time.

The company’s Board of Directors chair, Gerald Slemko, the Smith family, and representation from EllisDon’s shareholder employees were the parties driving this agreement forward. EllisDon will continue to be governed by an independent Board of Directors.

“EllisDon’s share structure and independent governance will ensure that we continue to strive together for complete fairness in equity of ownership across all employees, both present and future,” said CEO Geoff Smith. “Shares will continue to be offered to employees every year and loans will still be offered on an interest-free basis. Shares will always be purchased and sold at book value, ensuring the ability of every employee shareholder to participate fully in the share value created while they are at EllisDon, and then to pass that opportunity on to future employees.”

The shut-down of the economy has lasted for almost 2 months and businesses are either facing negative impacts from the COVID-19 crisis, along with most Canadian businesses, or are among the minority of businesses experiencing positive impacts.

It’s likely that very difficult business decisions have had to be made to ensure your company’s existence through the crisis. Part of the challenge is having to lay off valued employees, and maintain a positive culture.

Although things are still changing rapidly, business owners are likely considering long-term impacts on the company’s ability to retain their employees, but also to attract top talent once the crisis is behind us. The many reasons why owners turn to an ESOP (Employee Share Ownership Plan) include to exit the business, to establish a succession plan, and especially to attract and retain the top talent in the industry. In some sectors ESOPs are de rigueur and companies cannot be without one. Rather than turning away from investing in your business growth now, this may be exactly the right time to take opportunities to work on your business rather than simply in it.

As your company grows and time goes on, your workforce demographics naturally become younger. It certainly seems that ESOPs appeal greatly to Millennial workers who are looking for something more out of their companies. More studies are confirming this as more millennials enter the workforce. Every business owner knows how much time it can take to put together the “perfect” team. Additionally, employees overall are not staying in one job, or one company, for long compared to in the past. For these reasons, an ESOP can be a very strategic and valuable tool to attract and retain your team which you have invested in and worked hard to establish. Many studies of ESOPs in the US conducted by the NCEO indicate that ESOP companies have a greater resilience for staying in business through economic downturns. While the current crisis is unprecedented, these studies do suggest companies who have a participative ESOP will be more likely to come out of the crisis and emerge in a relatively strong position.

In ESOP Builders’ ESOPs as an Attraction and Retention Tool (November 2019) survey of Canadian ESOP companies 75 percent of respondents indicated their ESOP offers an edge on the competition to attract and retain talent. Therefore, it is likely that taking these steps will set your company up for success against your competition by ensuring you have the team to bounce back incredibly strong once the country experiences a positive shift in the economy.

Our April 2020 survey gathered responses from ESOP companies across Canada to help understand their strategies undertaken to manage operations as an ESOP during the COVIC-19 crisis.  The survey summary is illustrated below.

Louis Kelso is the founding father of the modern ESOP movement. He was a merchant banker who believed deeply in democracy. His fear was that if the economy continued along its current path it would result in 10% of the people owning 90% of the wealth of the country which would destroy the middle class and result in the total demise of democracy.

“Kelso long believed that he had not originated a new economic theory but simply discovered a vital fact that the classical economists had somehow overlooked. This fact was the key to understanding why the private property, free market economy was notoriously unstable, pursuing a roller coaster course of exhilarating highs and terrifying descents into economic and financial collapse.

This missing fact, which Kelso had uncovered over years of intensive reading, research and thought, drastically modifies the classical paradigm which has dominated formal economics since Adam Smith. It concerns the effect of technological change on the distributive dynamics of a private property, free market economy. Technological change, Kelso concluded, makes tools, machines, structures and processes ever more productive while leaving human productivity largely unchanged. The result is that primary distribution through the free market economy (whose distributive principle is “to each according to his production”) delivers progressively more market-sourced income to capital owners and progressively less to workers who make their contributions through labor.” (Wikipedia) END_OF_DOCUMENT_TOKEN_TO_BE_REPLACED

First is the philosophy of personal wealth creation. Employees are motivated by financial gain and ESOPs deliver wealth.

Second is the philosophy of cultural engagement on a personal basis. The Theory of Group Wisdom holds that groups are more successful over individuals due not to the intellect of each person but due to the social interaction of the group. ESOPs create the conditions of group success through a participative culture of engagement.

Over 20 years we have had the honour of meeting many business owners who wanted to implement an ESOP for their company.  We have also interviewed thousands of employees of these companies on their desire to become owners.

In our opinion there are two types of owners.  The first we call Founding Owners.  These are people who start a business where none existed before.  They have an idea, a passion, and a skill which they believe will be wanted by clients and customers.  Then they risk everything to start the business.  Many go without salary, raising funds from family and friends and putting up their own assets as collateral for bank funds.  The highest risk for a business is the first 5 years as most start ups fail during this period.  But this risk does not deter Founding Owners.   END_OF_DOCUMENT_TOKEN_TO_BE_REPLACED

The Canadian tax deadline is May 1st and as we all know only two things in life are certain – death and taxes. And for a lot of people doing taxes is a death defying experience.

ESOPs or Employee Share Ownership Plans have special tax related issues. There are three types of ESOPs in Canada. END_OF_DOCUMENT_TOKEN_TO_BE_REPLACED

It is estimated that less than 10% of the workforce actually own their own business. That means over 90% are employees. This statistic is important because owners and employees differ in how they think about business issues.
END_OF_DOCUMENT_TOKEN_TO_BE_REPLACED

Most owners of privately-held companies are also the founders.  Why?  At some point in the past, they had a dream and a desire to own their own business.  For many, this required giving up a secure job working for someone else and entering the uncertain and ambiguous realm of an entrepreneur.  Although there was a huge risk, they believed in themselves and their dream, and they took the leap.  For many, this required using their own savings, as well as putting their house and everything they owned on the line as collateral.  This was not an easy decision on their part.
END_OF_DOCUMENT_TOKEN_TO_BE_REPLACED

A basic understanding of neuroscience can allow us to have a simple, understandable dialogue about some of the elements that instill trust, employee engagement, and can lead to an even more successful Employee Share Ownership Plan (ESOP). END_OF_DOCUMENT_TOKEN_TO_BE_REPLACED

When business owners think of offering their employees equity in the company, a stock option plan often comes to mind.

Stock options can be a great tool for owners to engage their employees and attract and keep talented staff. So let’s discuss what stock options are, and in what scenarios they perform best.

END_OF_DOCUMENT_TOKEN_TO_BE_REPLACED

Our experience shows there are key attributes that suggest a company is a good candidate for an employee share ownership plan (ESOP). Read through these questions to learn if an ESOP is a good fit for your company:

END_OF_DOCUMENT_TOKEN_TO_BE_REPLACED

Our experience shows there are key attributes that suggest a company is a good candidate for an employee share ownership plan (ESOP). Read through these questions to learn if an ESOP is a good fit for your company:

END_OF_DOCUMENT_TOKEN_TO_BE_REPLACED 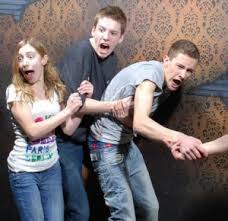 There is often a perception that inviting employees into the ownership circle can  take away value, rather than adding value to a company.  When designed well, this is not true at all. In fact, there are many huge advantages for the owner, the company and the employee team.

We invite you to grab a cup of coffee, put on your headset, and enjoy the interview.

END_OF_DOCUMENT_TOKEN_TO_BE_REPLACED

In our daily conversations with business owners and senior management, we receive lots of questions about employee ownership of business through an ESOP.  Most fit into two categories characterized as:

END_OF_DOCUMENT_TOKEN_TO_BE_REPLACED

It is no secret that our Canadian economy is changing. How does this relate to Canadian employee ownership?  A great question.

In Alberta, as in many other places across Canada, thousands of oil-related jobs have been lost. Downtown Calgary was almost impossible to drive through a year ago, yet now, rush hour is quite manageable – and it’s not because people are riding bikes.

END_OF_DOCUMENT_TOKEN_TO_BE_REPLACED

Recent studies from the United States and the United Kingdom illustrate the strength of companies with employee share ownership plans (ESOPs) compared to non-ESOP companies, especially in times of economic recession.

END_OF_DOCUMENT_TOKEN_TO_BE_REPLACED

Studies in the United States over the last 40 years have repeatedly identified that an employee share ownership plan (ESOP) with a participation component outperforms one without a participation element.

Participation means that the employees take on the responsibility of their particular job as well as the accountability that goes along with it by participating in decision-making in their sphere of influence within the organization.

Participation is vital to an ESOP. In fact, the same studies have shown that ESOPs without employee participation might be worse than having no ESOP at all. This negative result has been calculated at upwards of 6% of reduced production.  END_OF_DOCUMENT_TOKEN_TO_BE_REPLACED